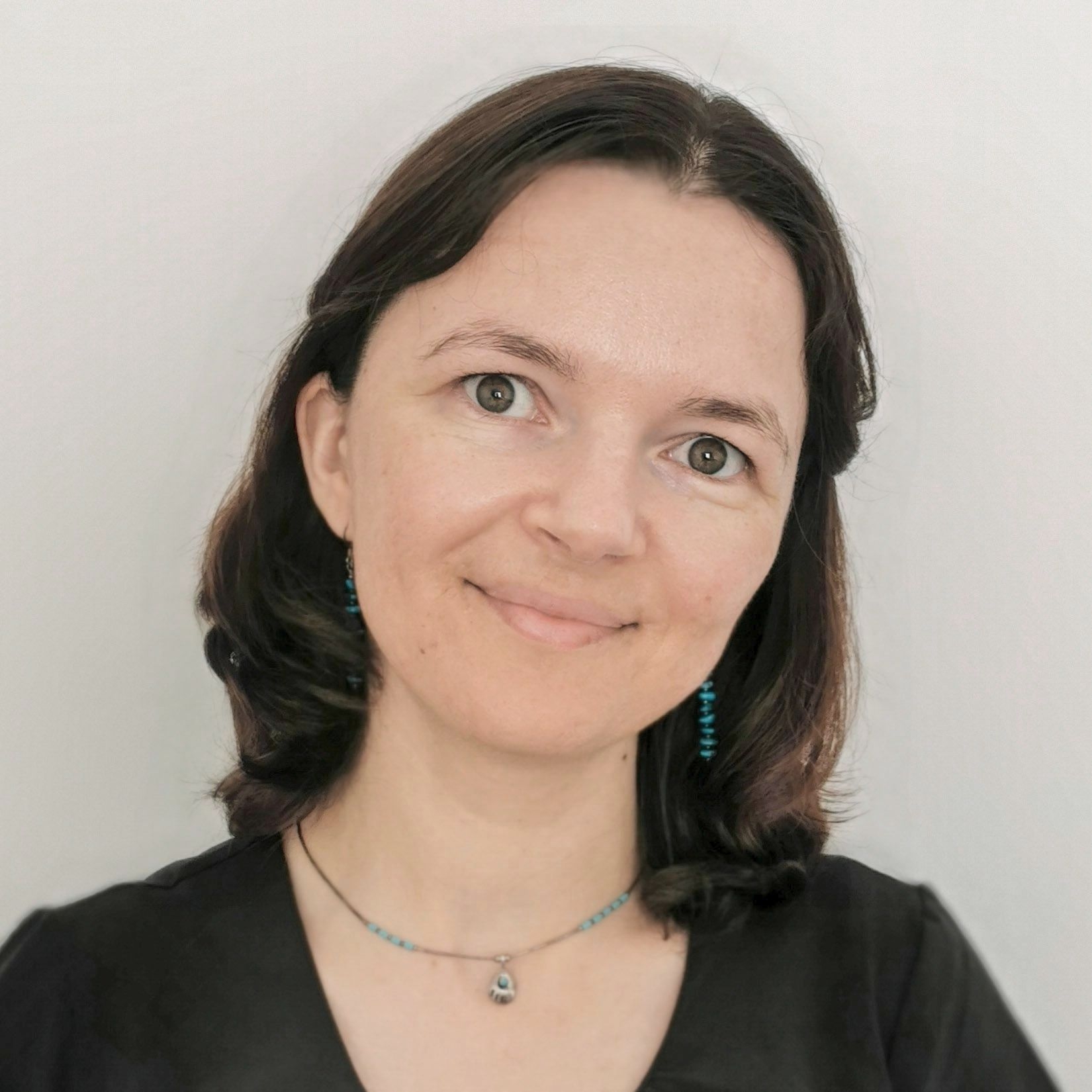 This blog is NOT political, even though the story below will show some of my political views. I’m sharing it because it highlights a burning issue in computational social science that is getting nowhere near enough attention. Reader beware.

Like most researchers I know, I’ve been politically apathetic until a few years ago. Politicians were doing their stuff, I was doing mine, all according to the basic principles of representative democracy and everybody being professional.

Then there came the populist wave, and more and more academics started wearing activist hats. If the elected politicians seem to have no idea what they are doing, the professional in us demands trying to do something about it. Isn’t it obvious that the world is complex and big decisions should be made by experts?

Well, no. It’s obvious to you, the reader of my academic blog who probably has a PhD or two. Most of the world doesn’t have a PhD or two. These other people are angry about the world changing under their feet, frustrated with its complexity, scared. And all around they only see people like themselves. You, dear reader, are not represented there, for you have been living in your own bubble, and you have so far been completely irrelevant to their concerns.

And then in comes the populist. He does one thing right: he addresses all the pent-up anger, frustration, fear of change. He promises a solution - an appealingly simple one. This solution runs against every bit of evidence that the experts have, but from the point of view of the people without PhDs that’s actually ok because (a) the experts get things wrong too, and (b) the experts are obviously not interested in addressing the above concerns of people without PhDs. If anything, it’s the expert’s work that’s making the world less and less comprehensible. And now there’s finally a guy who is actually talking to these people, for a change.

The “solution” the people are offered will actually make their lives worse, not better - but they never took a statistics class. And so the populist is riding the anger wave to victory.

The Brexit movie provides a helpful demonstration of what happens when we’re trying to fact-check the populist’s arguments. All we need to do is to prove the populist wrong, to get the facts straight, right?

No. Fact-checking won’t help because the populst is talking to the emotions of these people. Until the emotions are addressed, no facts will get through.

Here’s an Uber ride I will never forget. I was in a new area (Buffalo, NY), I wanted to learn more about it, and the driver (let’s call him Dave) was very talkative. According to Dave, the place was very vibrant, with all kinds of jobs, opportunities, fun, and strong economy (it didn’t actually look like any of that to me, and Dave’s own car was quite beat-up). It was also full of good God-loving people who supported Trump.

Among the theses that came my way in a steady stream, with almost no prompting, were the following:

Dear reader of my academic blog with a PhD degree: I know what you’re thinking. But let’s try to resist the urge to dismiss Dave as a certifiable lunatic who shouldn’t be allowed to drive.

I have to admit I am a terrible actress. I was unable to maintain a straight face, and was only saved by my hat and the fact that Dave was driving and watching the road rather than me.

Still, I’m proud to say that I was able to not laugh, to not ridicule any of the above theses, to not sound as a militant atheist. To not come off as an elitist intellectual jerk with zero points of intersection with Dave’s version of reality. I did get out of his car with his saying it was nice talking to me.

Why did I bother? Why should we all try harder for such an outcome? Simply because there are many more people like Dave than like you and me. And we all live in democracies, a.k.a. the worst form of government except all others. Unless our minority manages to share our knowledge in a way that would actually address the concerns and improve the lives of the frustrated majority, the populism is going to march on.

It’s also worth pondering over the fact that we have more knowledge than Dave largely because we were luckier with where we were born. Many of his views are ridiculous, but he as a human being is not. I sincerely hope I don’t sound condescending or patronising in writing this, for that’s neither my intention nor sentiment. I think that we fundamentally share a desire for a better world and each other’s well-being, and we both believe we know how to help with that. We just dramatically disagree on the implementation.

So, I took a deep breath and decided to try to get us to agree about something. I cautiously led the conversation to the evils of technology that is destroying the environment, and got him to say that Jesus would probably not want that. Then I threw in Trump’s pulling out of the Paris agreement. Dave wasn’t aware of either its existence or the fact of Trump’s pulling out. He said there must have been a good reason. I brought up the oil lobbying. Then his mind somehow jumped to oil in Iran and Israel (???), and I couldn’t bring him back before the car stopped.

Dear reader, these conversations are much, much harder than talking even to your most bitter academic opponents. I am spoiled with people staying on track of the discussion, and even helpfully making conclusions from what has been agreed on. Neither was the case with Dave, and I did not know how to handle that.

Dave exists, and there are millions like him who will easily outvote the handful of us smarty pants. In doing so, they will be badly deceived, and the result will be bad for both them and us. And it will be partly the fault of us smarty pants who are not communicating at the right level and with the right kind of empathy. Needless to say, this goes far beyond Trump and US.

In conversation with Dave, I only get the points for being able to sustain a civil conversation, and maybe for getting one new fact across. But here’s what I’d do differently next time.

1) Start from establishing empathy. That’s actually fairly easy, because life is hard for all of us, only in different ways.

2) Avoid non-starters. I did ask how come Christians vote for Trump with his self-admitted grabbing women. Dave was unwilling to believe anything coming from the press, and I probably sounded confrontational.

3) Mention being a researcher. Even if you fail to convey any information, hopefully there would be a memory of researchers being real and nice people, and not completely out of touch with the reality of Dave’s life. Most likely, he has no face for the broad category of “experts”, like I didn’t have a face for “evangelical Trump supporters”.

People inherently prefer simplicity and coherence. We all build our own biased model of the world as we go, and we will try to just ignore/discard any facts not fitting in. Sawing doubt is only possible by presenting conflicting evidence on something that a mind is not yet cemented against. In this case, it turns out that Dave does NOT actually follow news obsessively, and facts that come from a friendly-looking concrete person rather than the abstract enemy-of-the-people-press might get in - given that the empathy has been established.

What I did do right was reframing. Dave and I both care about environmental issues, but taking his perspective (religious) made it easier to bring in new facts. Here’a a great TEDx talk on the technique, with a conservative/liberal case study.

So, we’ve known about the echo chamber effects (Pariser, 2011; Pariser, 2011) for a while. Still, nothing much seems to be happening. In fact, even when the users are shown just how coccooned they are, the diversity of their connections does not increase (Gillani, Yuan, Saveski, Vosoughi, & Roy, 2018).

There are several successful projects for starting conversations across political spectrum, such as Hi From The Other Side and Fiskitt. Kialo is an excellent debate tool. There are also a few tools for visualizing the bubbles, such as Blue Feed, Red Feed by Wall Street Journal, Read Across the Aisle, All sides. Multiple organizations are now engaged in fact-checking and flagging clickbait and fake news stories, e.g. FactCheck.org. Still, all these efforts only target the people who actively self-select and already assume the other side is worth talking to. Dave would probably not be there.

If the trouble starts on social media, and most people don’t go anywhere else, this is where the changes need to happen. That depends on the goodwill of companies whose business fundamentally depends on echo chambers. But let’s say they do want to change (Greene, 2019). How is it even possible, after everybody got so used to the mental comfort of their echo chambers? How can we reach out beyond the slim margin of people who are already open-minded enough to sign up for “Hi from the other side”?

I don’t have the answers, but here are some ideas of how NLP could help.

For the last point, let’s all start offline. When we are lucky to meet a Dave, let’s just try to do a better job of reaching out. We’ve only got this one planet. We need his help, and he needs ours.

How to Record a Virtual Conference Talk

Yes, it is possible to record and edit a conference talk at home, with open-source tools in reasonable time.